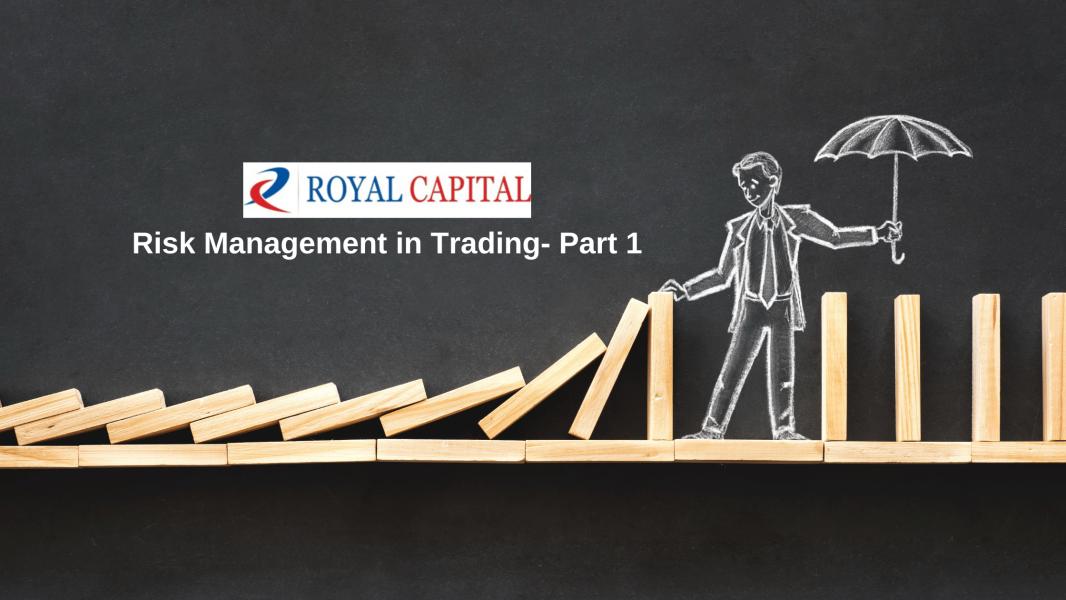 Risk management is the process of identifying, measuring, and controlling potential sources of risk in one’s financial trading. Planning out the trade beforehand makes you ready for any market movements that may or may not happen. Risk can also be defined as emotional damage to your style of trading caused by adverse price action. It does not matter if this damage has been done because this risk is usually short-lived due to the fact that it gets replaced with new opportunities. The best traders are those who understand what could go wrong before they place their first trade and then focus on the preparation based on that diagnosis. To be a successful trader an individual should have both technical skills and personal discipline towards taking risks. In this article, we will guide you to manage your risks and limit the damage done to your account. 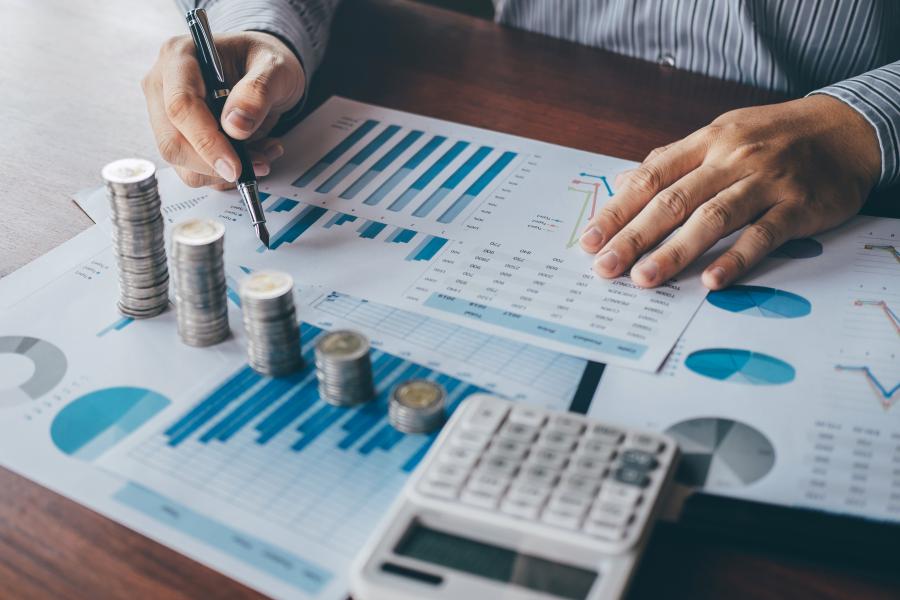 The most common tool needed for success in any kind of trading is money management; which is also one of the hardest aspects to learn if you are completely new to this type of activity. It starts with having a set plan before entering a trade and sticking to it until either you will close your position or you will be stopped out. This doesn’t mean that your trades should not be flexible because without taking risks, there are no profits but it is very important to have a plan before entering any kind of trade and know how much risk you will take and on which trade.

Most people think about money management as something related to the amount of their initial investment or the size of their position relative to their account size. While this sounds reasonable, these two aspects only represent part of what we call good money management. Let’s say for example that you can afford trading with BDT 1.0 million per month and six months later your account grew up to BDT 2.0 million; would you then go all in? If you do so, then there is a high chance that you might lose everything in a blink of an eye especially if you believe that your trading account is now big enough to take a bigger risk.

You should think about money management as a way of protecting both your capital and profits at the same time. You can do this by always looking for high probability trades, cutting losses short. Why should you cut your losses short? The answer is simple because if one does not, they can lose all of their trading capital very quickly. If you risk BDT 30 thousand on every trade then placing 10 losing trades consecutively will erase all of your hard work and profits. It is because of this fact that traders should follow what’s called proper “money management”. This basically means that they only risk small amounts per trade instead of risking everything on just one or two trades. By understanding that taking small losses over time accumulates into huge profits you will be able to manage your risks better. As for the size of one’s position, it is recommended that they use leverage up to 1:0.5 or 1:1 of their trading account, anything over this amount is too risky and not necessary in order to make good returns on their investments.

Be patient when holding a winning position:

Having patience is another tool that traders can use when managing their risk levels. If one has placed a trade based on fundamental analysis then being patient simply means closing out your trade once the fundamentals have changed with little chance of getting back into it with the same favorable conditions. This does not mean that traders should never take partial profits early but rather hold onto most of their winning positions until they reach their first stop loss. Having patience can help traders reduce stress levels caused by constantly monitoring their portfolio, allowing them to take more trades with better focus and energy.

If one is losing money or feels that they may lose money then reducing your trading size would prevent you from losing everything quickly. This means that if you normally risk BDT 30 thousand per trade and start to lose more than half of your positions consecutively then cutting down your position sizes would mean risking say only BDT 10 thousand on every new trade until things turn around for the better. Remember, there are no certainties when trading financial markets and the only way to protect yourself is by managing your risks.

Never trade without a stop loss: 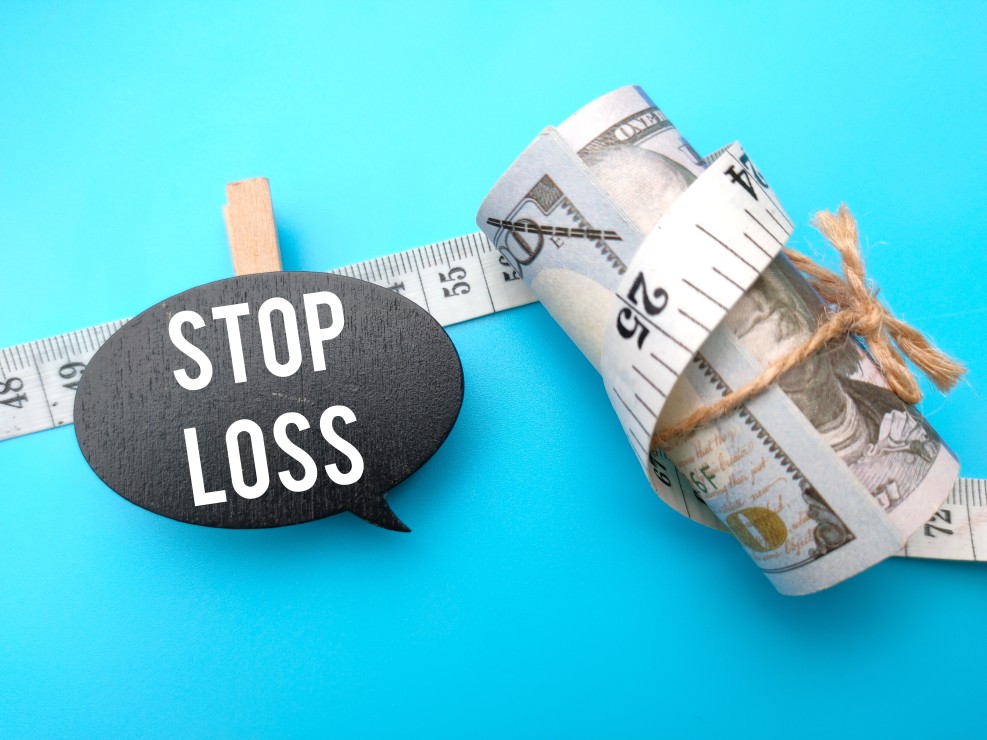 One of the most important risk management tools is stop-losses because they prevent traders from losing more money than they can afford to. Stop losses are orders placed at predefined levels where one would close their position either rises or falls by a certain percentage. These are extremely valuable as they help traders with risk management. “Cut your losers short” is sometimes not true when it comes to trading because if one’s stops are too close then they could be taken out very quickly on that same trade after winning, leading to another winning position being stopped out as well. Some traders have said that they prefer closing out 50% to 75% of their losing positions and holding onto the rest to see how things go. Another popular plan is called “the 2/3rds rule” where traders close out everything except for 2/3 of their losing trades, usually those which have been held for longer periods of time as they still have a chance at turning around. The main goal here is to string several winners together so that even if you take two losses in a row it wouldn’t hurt too much, then just follow your stop-loss levels from there on out.

This may seem obvious but many traders will start trading with a small portion of their total trading capital instead of something more substantial because they feel that they need to “re-test the system”. The problem with this is that even if one has a good plan in place, placing trades with small amounts of money will only increase the pressure of making bad decisions because it’s all they have to trade with. If you use BDT 50 thousand per trade and win 2/3rds of your positions then you would be doing really well but if you started out using just BDT 5 thousand then losing on some trades will hurt emotionally enough to make poor trading decisions on the next ones. This is why many successful traders prefer starting off with hundreds of thousands so that they can keep their emotions under control when things go against them.

Stop trading or take a break:

Sometimes even a seasoned trader may get into a slump, where they can’t seem to win a single trade for a long period of time. In times like this, it’s best either to stop trading completely or at least take a break from the markets because continuing on who has been winning will only lead to losses later down the road. The reason why people struggle so much during slumps is that they lose their emotional discipline and begin following losers hoping that things would revert back to normal while being blind to the risks involved with every trade.

Losing streaks are just part of trading but no one wants them especially after all this talk about risk management and position sizing because everyone wants to be a successful trader then immediately start living the good life. The problem is that to become successful you need discipline and that doesn’t happen overnight but it can be developed through constant effort. There are also times when one needs to change their trading plan or strategy in order to take advantage of new opportunities in the market so never stop learning, researching, testing and adapting because this will not only help you in becoming a good trader, but it will keep your spirits up even during losing streaks when every trade just seems like throwing money into a fire pit.

Don’t look at the equity curve too often:

I have seen many traders who became obsessed with looking at how much they made during certain periods which led them to either start looking at results instead of focusing on risk management, making emotional decisions, and betting big. This can easily lead to overtrading and making snap decisions on new trades without thinking properly because once you start looking at results you will quickly forget about your risk management rules, which was what made you win or lose in the first place.

Discipline is the key here: 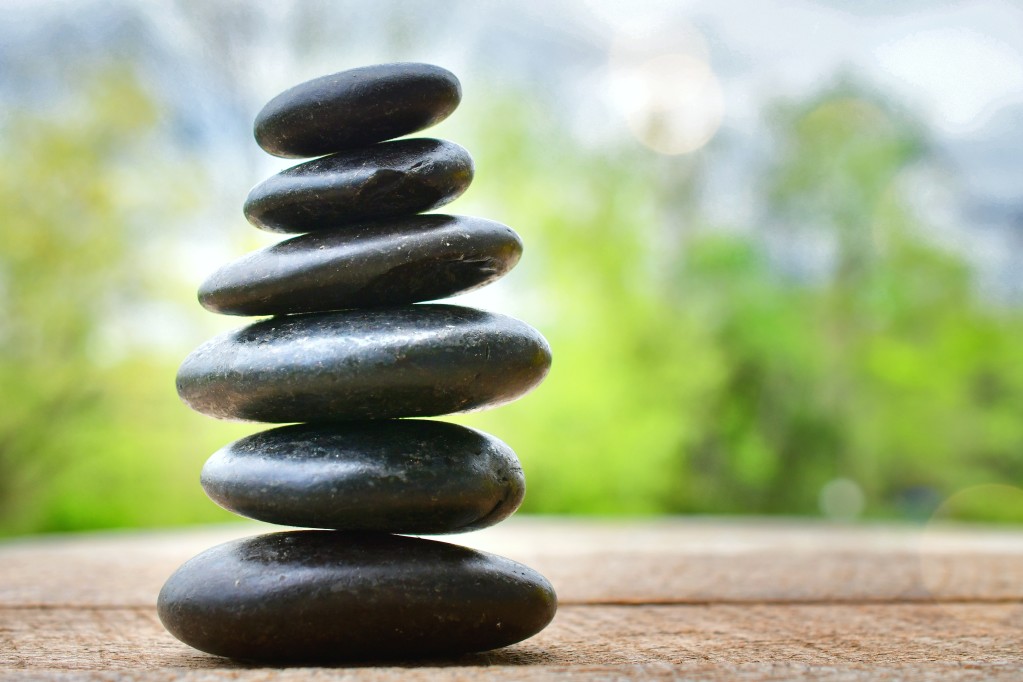 Trading is all about risks and rewards, but these two cannot be discussed without mentioning discipline. Without it, you won’t be able to make any money because losses can pile up very quickly if one is not careful or does not manage their risk properly. Discipline means that you need to closely follow your trading plan even during losing streaks, which can easily lead to emotional traps like making bigger bets in order to recoup earlier losses. Remember that the market doesn’t care whether you are winning or losing so if you want to stay profitable over the long term you will have to do what works for you, regardless of how much money you may be making with every trade.

No one wins every time:

Even the most experienced traders who have been in the business for a long period of time make mistakes and lose money, mostly because they get complacent over time and take their profits for granted. The best traders are those who can limit their losses and stay consistent even during losing periods, which is very hard to maintain. I think that one of the reasons why this happens is that trading can be very addictive once a person gets a taste of what it feels like to win every now and then so they start chasing previous gains forgetting about stop losses or proper risk management altogether.

Traders need to understand that financial markets can be volatile and even if they choose a safe or conservative trading strategy it does not mean they will make money over time. Financial markets do not work like gambling slot machines where one has a high probability of winning after each individual trade. Successful traders have been known to take multiple small losses before being able to achieve a single profitable trade because this is just part of the market reality. If you can maintain a good risk-reward ratio in your trading, you will be in net profit at the end of the month even if you had some losing trades.