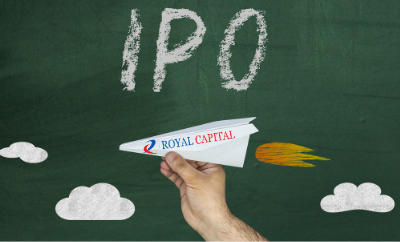 Initial public offering (IPO) is the process through which shares of a private corporation are offered to the public for the first time. IPO is a means to raise money for growing companies. Companies which require capital often use IPOs to raise money. On the other hand, for more established firms IPO is used to allow its owners to exit some or all their ownership by selling shares to the public. In an initial public offering, the issuer, or company raising capital, brings in underwriting firms or investment banks to help determine the best type of security to issue, offering price, amount of shares and time frame for the market offering.

IPO is an easy way to raise funds for the company and conduct merger and acquisitions (M&A) operations. However, this is a process which involves severe reporting and can create distraction for founders in executing their vision.

Traditional IPO can be conducted alternatively through methods Direct Listing and Dutch Auctions. These methods although easy involve investors to take more risks on their own.

When a company goes public or initiates an IPO process, a specific set of events occurs which include:

Initial Public Offering (IPO) was started by the Dutch. The first company to credit in conducting for the first time was Dutch East India Company. The company also often called VOC for short – offered shares to the general public. The company paid to its shareholders an annual dividend that ranged between 12% and 63%.

Advantages of an IPO

Although the primary objective of an IPO is usually to raise capital for a business. However, a public offering has other benefits as well.

Disadvantages of an IPO

Beside the stated advantages, an IPO is expensive, and the costs of maintaining a public company are ongoing and usually unrelated to the other costs of doing business. IPO may as well cause price fluctuations creating distraction to the management, increase risk and instability in the firm, information loss to competitors through reports filed with SEC and necessity for rigid leadership may result in retaining good managers.

However, IPO facilitates companies and investors both as a whole. As a result IPO and public offering is more facilitative to the company and the market.