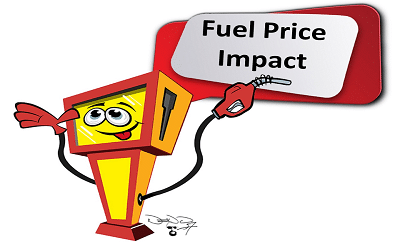 The oil price refers to the spot price of a barrel of benchmark crude oil. As with all commodities, the oil price is determined by the balance between supply and demand. The supply of oil is dependent on geological discovery, the legal and tax framework for oil extraction, the cost of extraction, the availability and cost of technology for extraction, and the political situation in oil-producing countries. Both domestic political instability in oil-producing countries and conflicts with other countries can destabilize the oil price.

From 1999 to 2008, the price of oil rose materially due to rising oil demand in countries like China and India. In the financial crisis of 2007–2008, the price of oil underwent a significant decrease after the record peak of $145 it reached in July 2008. On December 23, 2008, WTI crude oil spot price fell to $30.28 a barrel, the lowest since the financial crisis of 2007–2010 began. The price sharply rebounded after the crisis and rose to $82 in 2009. For about 3.5 years the price remained in the $90–$120 range. In 2014, prices started declining due to a significant increase in US oil production, and declining demand in the emerging countries. By January 2015 the price of benchmark crude oil reached below $50, with squeezed profits. A record dip below $44 for WTI was reached in March 2015. Oil prices decreased to a six-year low to $36 in December 2015. Some analysts predicted that it may continue to drop further, as low as $18.

Cost of cumulative crude oil production in the fall of 2014: