Everything you need to know about Support and Resistance 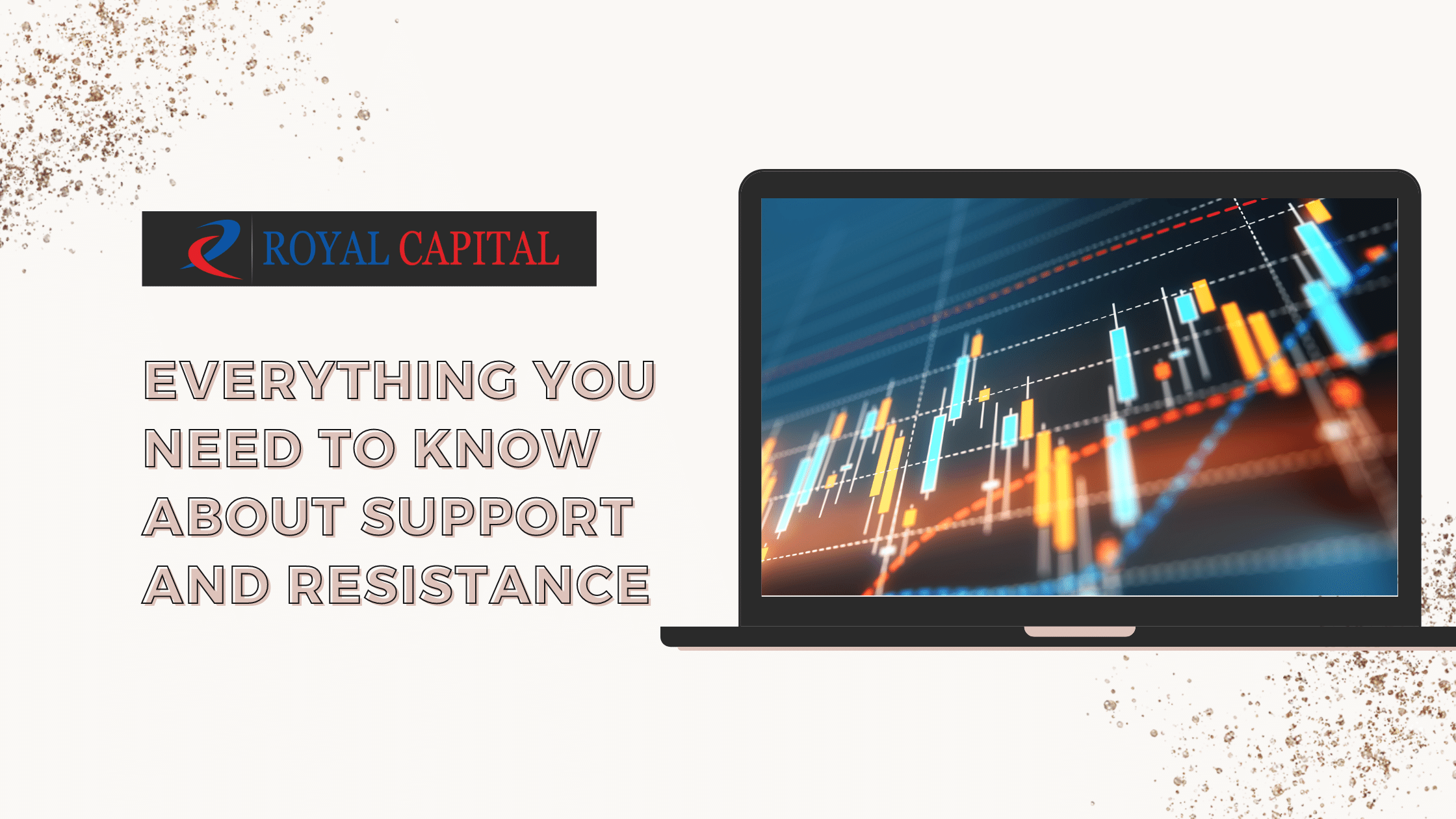 The relative strength of support and resistance levels

Some experts and analysts use a classification of resistances and supports and divide them into strong, medium, and weak. However, there is some controversy about the validity of this classification since it is usually somewhat subjective. However, there are some criteria in which most analysts agree to determine the level of strength of resistance or support. These criteria are detailed below:

The trend and its relationship with resistances and supports

When the trends in the price charts are analyzed, it can be seen that they are formed by a series of valleys and ridges that are produced by the movements of the prices. Thus, in an uptrend, there is a series of successive valleys and peaks that are higher and higher, that is, a succession of increasing resistance and support.

When the market is in an uptrend, the resistance levels represent pauses or rest zones in the upward trajectory, which temporarily stop the price action, without being able to do so permanently. For an upward trend to continue, the price needs to exceed the previous resistance level, in such a way that it reaches a new high as seen in the image below. 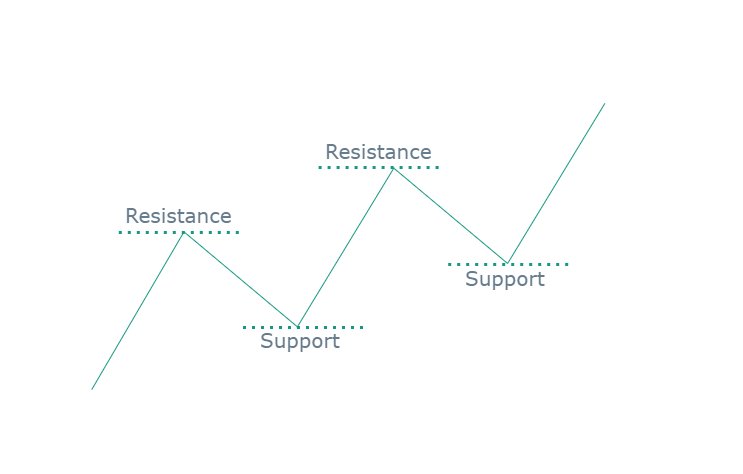 Whenever the price tests a previous high, the uptrend is in a critical period during which it could happen that the price does not exceed the previous resistance, which would indicate a sign of weakness in the prevailing trend. Likewise, it is necessary that the minimums are successively greater than the previous minimums. In the event that the price of the asset falls and reaches the previous support, there is a sign of weakness in the trend. Finally, if the price falls below the level of the previous support, it is very likely that there is a possible change in the uptrend to the bearish trend as can be seen in the image below. 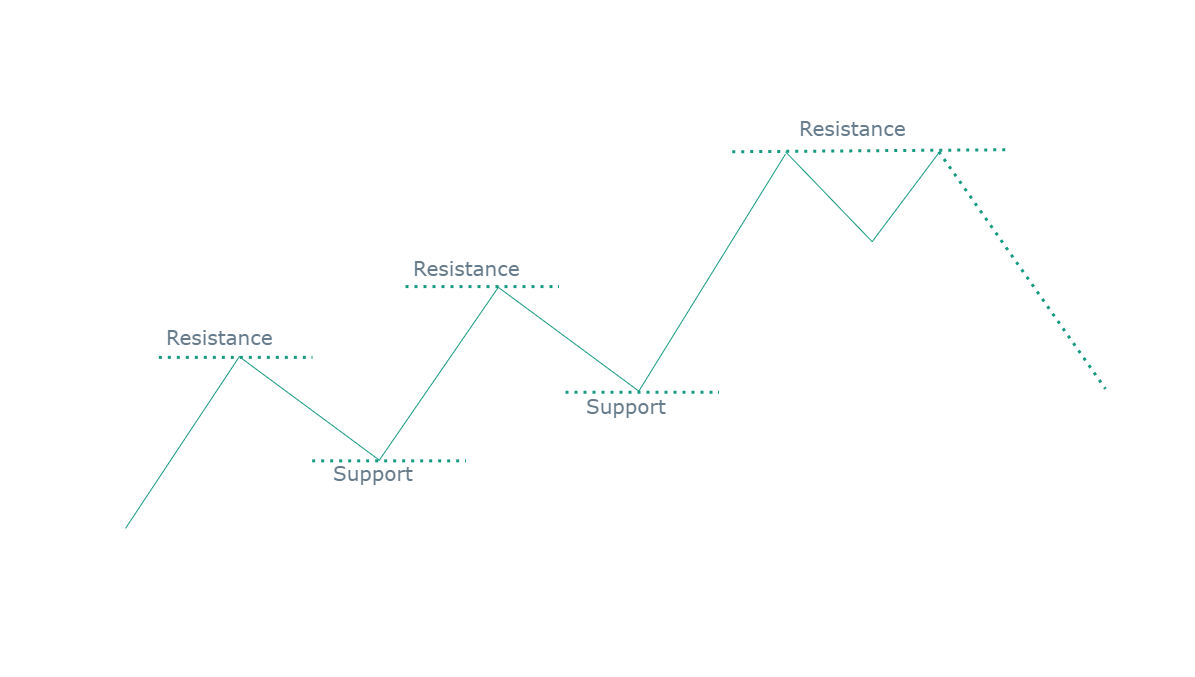 When the market is in a downtrend, it can be said that the behavior is equivalent to that of an uptrend. A downtrend is made up of successive support and resistance. In this case, the support levels represent pauses or rest areas in the downward trajectory, which temporarily stop the price action, without being able to do so permanently. 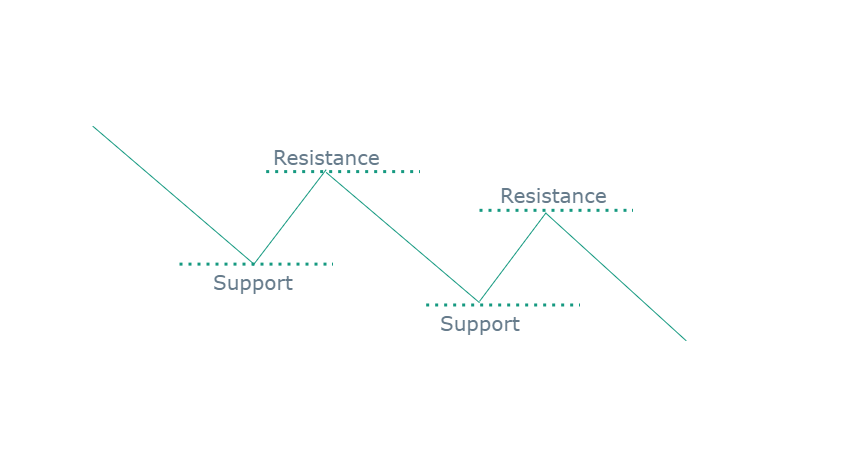 Change of Roles of supports and resistances during trend changes

So far, resistances and supports have been defined as maximum and minimum levels in market prices. However, one of its most interesting properties is that once they have been significantly crossed, they change their role or function completely, transforming into its opposite. This means, for example, that once a resistance break has been confirmed, it will change its role and become support during successive market declines. In the same way, a support that has suffered a definitive break will also change its role, and henceforth it will behave as resistance during the following bullish movements or impulses.

It is important to keep in mind that the stronger a resistance has been, the stronger it will be considered as support after it has been traversed by price. The same can be said with respect to support that has suffered a break. To better understand what the role changes of resistance and supports consist of, the following images can be analyzed.

Much is said about breakouts and significant penetrations of resistances and supports, in fact many expert traders operate based on trading strategies based on these breaks. However, it can be said that there is a certain degree of ambiguity or uncertainty regarding what is really a significant break in one of these levels, since not infrequently we are faced with what seems to be a definitive break only to realize that the price ends bouncing back, which is known as a false break. There are not few times that an operator is caught in a situation of these. However, there are certain criteria in this regard, among which we can highlight the following:

It is based on the well-known Dow Theory and states that the trading volume should increase as the price of the asset breaks and advances above resistance or below support. If it is observed that the volume begins to decrease as the break occurs, we are probably facing an unreliable and short-lived break that we should not enter.

Expert traders usually use a certain percentage to establish whether resistance or support has indeed been broken. For example, for very important levels, this percentage should be 3%. In case of being in an uptrend, the price of the asset must exceed the resistance level by 3% for it to be considered that it has been crossed and it can be assumed that a role change has occurred (now the resistance is support). Similarly, the price must fall 3% below a support level during a downtrend for a significant breakout and role reversal to be considered to have occurred (now support is resistance). In those volatile or dynamic markets (in which the movements of the prices are more pronounced),

A breakout is considered valid if the price closes above (below) the level of resistance (support) that has been exceeded by prices in a given period. If the Dow Theory is applied, intraday breakouts are not According to this theory, only daily closing prices are considered valid, however, its principles can also be extended to weekly and even monthly closings used for long-term market studies. The daily closing criteria can be applied to any time frame; you just have to keep in mind the period you are working with and the price closings that occur during it, after having crossed support or resistance.