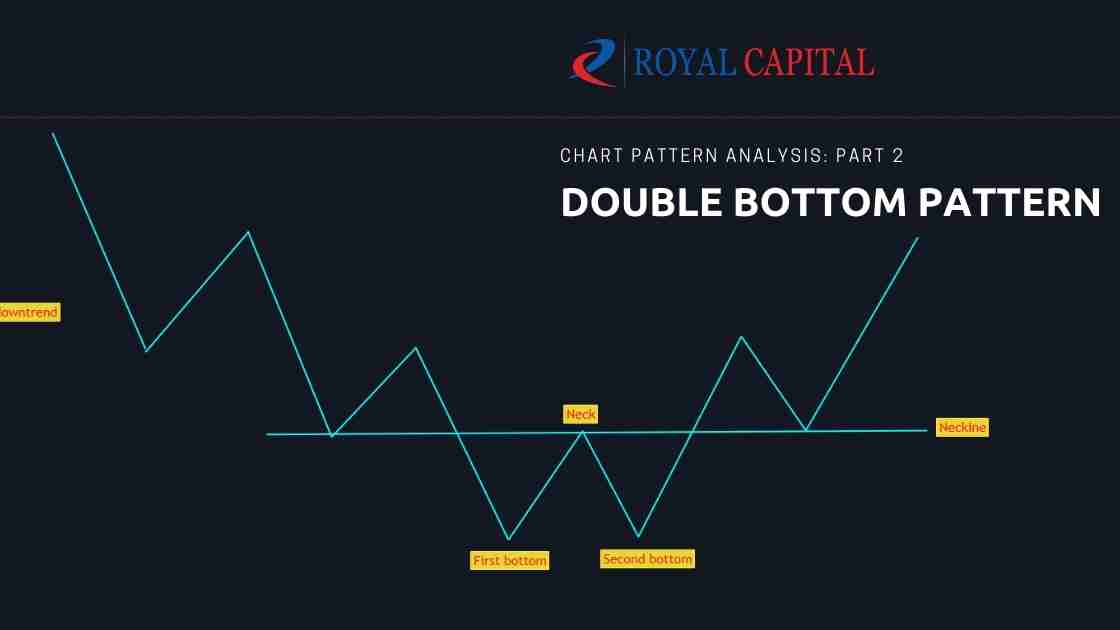 What information a trader can get from the double top pattern?

A double top pattern indicates the probability of a short-term or long-term change in the uptrend of a financial instrument. A trader can identify a potential top of an uptrend from this reversal pattern. The idea behind the double top pattern is when the price of a financial instrument denies from a level two times, it means this level can hold, and there are not enough buyers in the market to push the price higher. So in other words, there is some resistance in that particular zone.

Characteristics of a double top pattern

To understand the pattern very well, here we will talk about some basic characteristics that every double top pattern follows which help you identify the patterns in the chart and act accordingly. To give an illustration of the pattern, let’s see the picture below.

To form a double top pattern, there must be a previous uptrend. The double top pattern generally forms at the end of the uptrend. When the initial movement of the uptrend is rejected at a price point, it will create the first top. After the first top is being formed, the market makes a pullback towards the downside. Then the price will try to go towards the upside again, but it will face resistance in the zone where the first top was formed. Before forming the second top, it forms the neck of the pattern, and a straight line drawn through the neck is called the neckline.

Look at the arrow in the above picture. When the price crosses the neckline, you can make your trading decision based on this pattern.

An advance way for the confirmation of the double top pattern:

It is important to remember while dealing with support and resistance is when a previously confirmed support is working as resistance will be more powerful because this level showed its importance earlier. So when the price gets rejected from the neckline again, professional traders can be 100% sure that there aren’t enough buyers to push the price towards the upside, and the price will surely fall. Then they take their trading decision based on that. Another key point to note is that every double top pattern will not give a neckline retest. So you can wait for the perfect double top pattern with neckline retest or you can trade without the neckline retest. 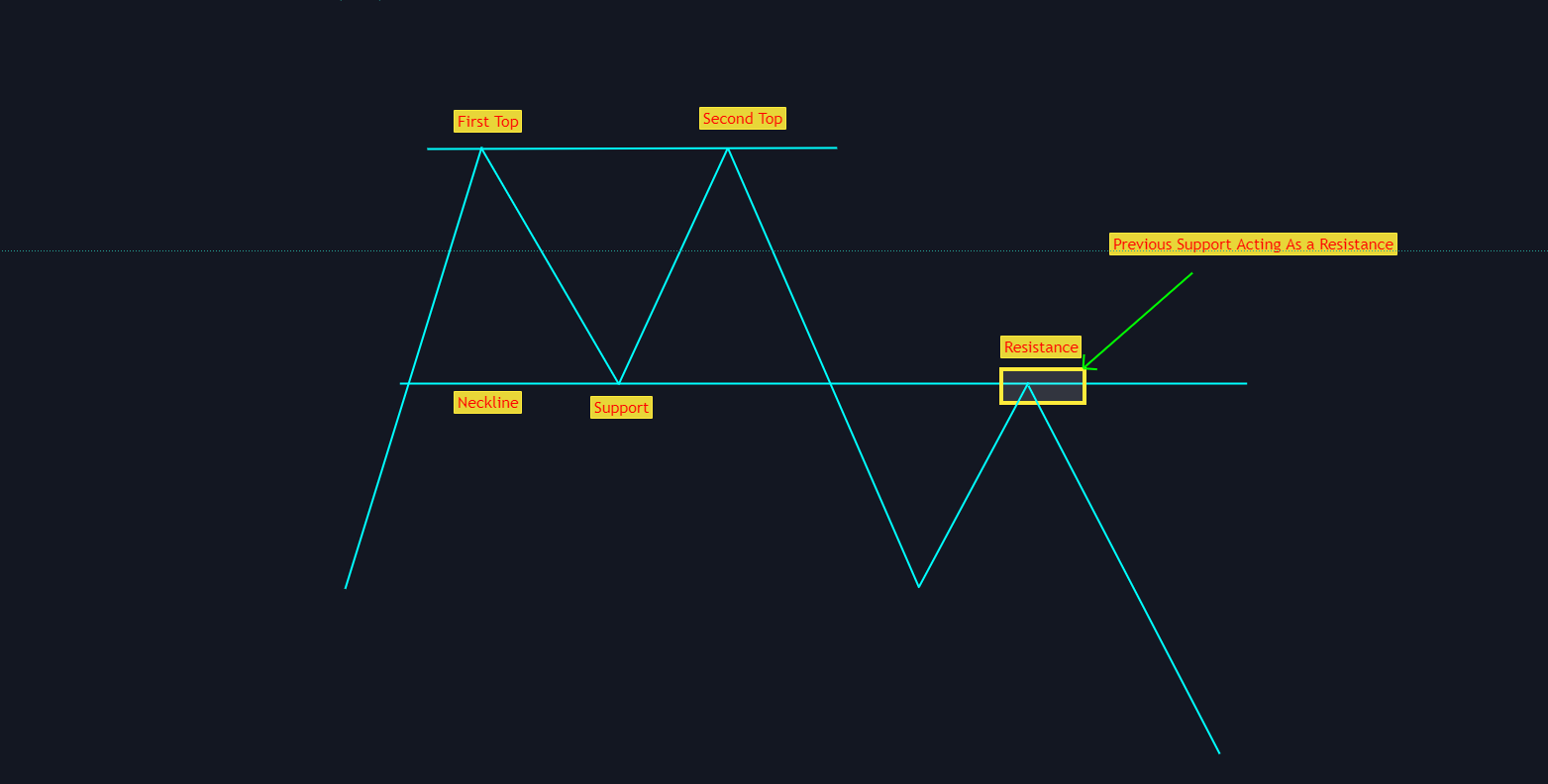 When the technical indicator of a financial instrument is moving in the opposite direction of the price, is called divergence. Technical indicators used to identify divergence are RSI (Relative strength index), MACD (moving average convergence divergence), and few other oscillators. Divergence indicates that the running trend is weakening and it can reverse. In the case of a double top pattern, the price will make an almost similar high, but in the indicator window, you will see the indicator is making a lower high. An image is attached below to give you a clear idea.

In this chart, two tops of the double top pattern are making almost similar high but look at the indicator window below, which is making lower high. It’s called divergence, which means the trend can reverse. The indicator used here is RSI (14).

Almost all the double top patterns will show a bearish candlestick pattern. May times, you will see long wicks in the upper sides of the candles, which means the price of this asset is rejecting to go upside.

The double top pattern in action

This is a chart of Robi Axiata Ltd where a perfect double top pattern is shown. Here two tops of the patterns are rejected from an almost similar price point. Divergence is also present here because the price is making a similar high, but the indicator (rsi) is making a lower high, indicating the trend is weakening and the price can fall. After the formation of the two tops, the price crossed the neckline towards the downside. Then price retest the neckline, which gave the final confirmation. These are the simple thing you should look for in a double top pattern.