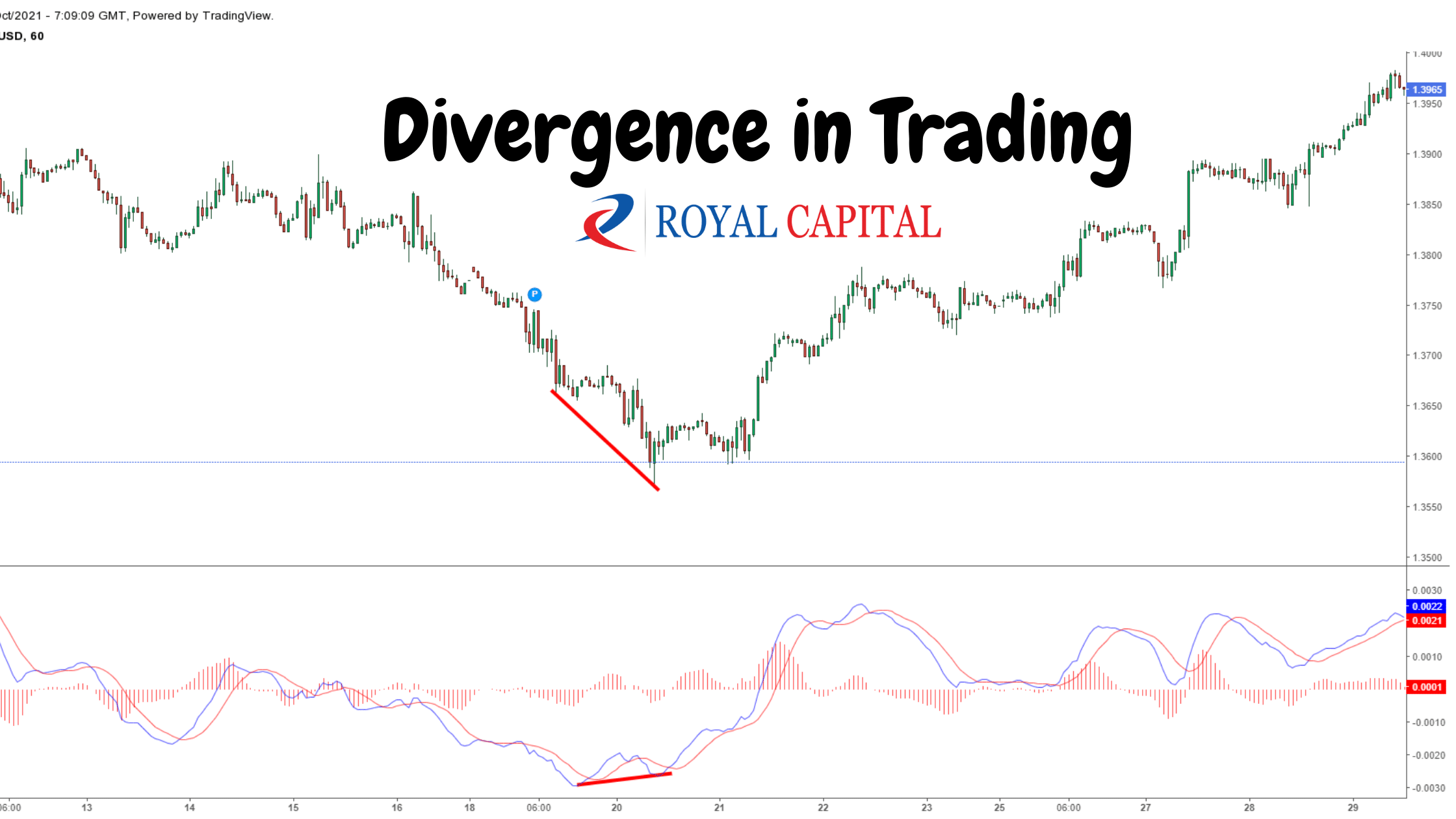 Divergence is one of the favorite and reliable trading concepts for traders and technical analysts because of the quality of the trading signal it provides. Although technical indicators are lagging in case of divergence, this lagging feature helps the traders to find profitable trading setup and take more reliable entries. Divergence is mostly used by reversal traders but many trend-following traders also use it to exit their position. Divergence can provide a profitable trading signal when combined with appropriate chart patterns and good trading strategies.

There are two types of divergence.

Regular bullish divergences are generally found in a downtrend. In a downtrend, the price makes LL (lower lows), LH (lower highs). Whenever price is making lower lows but technical indicators are making higher lows, it’s called regular bullish divergence. It indicates the strength of the running downtrend is weakening and it can reverse. Traders who are waiting to buy this stock at lower prices are now taking advantage of this situation because if the trend reverse they can get the full benefit from the newly starting uptrend.

Here price was in a downtrend. At a particular point, the price is making lower lows but the indicator is making higher high which is known as regular bullish divergence.

This type of divergence is found at the end of an uptrend. In an uptrend, the price makes HH (higher highs), HL (higher lows). In a normal scenario, a technical indicator also does the same. But when the trend is weakening, at some point you will see, price is making higher highs but technical indicators are making lower highs. In short, price and indicators are moving in an opposite direction to each other which clearly indicates that the strength of the trend is weakening and there can be a possible start of a new downtrend. So traders who bought this share before starting to exit their position based on their strategy because if the price starts to fall, their profit will be decreased. So, a regular bearish divergence is used by traders to exit their position.

Technical indicators which are used to identify divergence:

In this part of the article, we will talk about the common technical indicators which are used by traders to spot regular and hidden divergence.

Look at the chart above, it is a 1H chart of Robi Axiata Ltd. Here the price is making lower lows and the technical indicator should do the same. But in the indicator section, RSI (14) is making a higher low. In short, price and RSI indicators are moving opposite directions to each other. At this point, any trader looking at the chart should look for buying opportunities in this stock according to his trading strategy because the downtrend is going to reverse soon and he can make some quick profit from it. A trader who doesn’t know about divergence will think that the price is in a downtrend and it will continue its trend. But a smart trader who knows about divergence can predict the price movement correctly. So it is important for you as a trader to understand the concepts of divergence and learn to spot them in the live chart.

CCI is another popular indicator used by traders to identify overbought & oversold zone and divergence.

This is the 4H chart of Robi Axiata Ltd. Here the price is making lower lows but the indicator is making higher lows indicating the strength of the running downtrend is weakening and there can be a trend reversal or big retracement of the downtrend.

Here the price is making higher highs but MACD is making lower highs. This scenario gives a clear indication of the upcoming trend reversal. See the start of the downtrend after the formation of the divergence. So traders can exit their running long trades in that position. That’s how divergence also helps traders to exit their trade at inappropriate times with the highest amount of profit.

Divergence with the double top pattern:

In this picture, the price was in an uptrend making HH (Higher high) & HL (Higher Low). In the marked area, prices made two high at a similar price point which indicates the double top formation. But in the indicator window, the RSI indicator made the second high lower than the first high indicating divergence. Now, look at the next price movement after this formation. The running uptrend reversed to a downtrend.

Double bottom is another popular reversal chart pattern that is found at the end of an uptrend. In this pattern, the price makes two low at a very similar price zone. In a downtrend, generally, the price makes multiple LL (lower lows) & LH (lower highs). When the strength of the downtrend is weakening and the price can’t able to make lower lows anymore, many times they make this double bottom pattern. Divergences are also found in most of the double bottom patterns.

In the chart attached above, the price was in a downtrend. When it made a double bottom pattern at the marked zone, there is also divergence formed in the RSI indicator, both confirming reversal of the downtrend. After this, the price reversed into an uptrend and starts to make multiple HH (higher highs) & HL (higher lows).

Divergence is one of the most commonly used trading techniques used by traders. It simply indicates the different movements of price and indicator. Divergence gives a clear signal of loss of momentum. So when divergence is used with a proper trading strategy, it can generate profitable trading signals.