DEMONETIZATION OF INDIAN CURRENCY & ITS IMPACT ON BANGLADESH ECONOMY 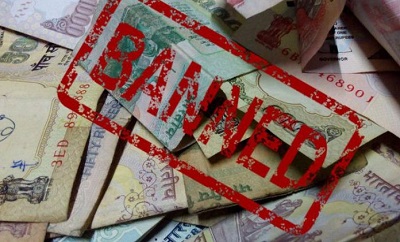 The recent example of demonetization is India demonetizing its highest two currency RS. 500 and RS. 1000 from 8th November 2016 and Pakistan is demonetizing all its old currency to newly designed currency from 1st December 2016. Before India many countries practices demonetization, for example, the USA in 1969, Bangladesh in 1972, Ghana in 1982, Switzerland in 1984, Nigeria in 1984, Myanmar in 1987, the Soviet Union in 1991, Australia in 1996, Zimbabwe in 2010 and North Korea in 2010. Besides this, the biggest demonetization phenomenon of modern currency was the introduction of the Euro as the uniform currency for all the 28-member nations of the European Union in January 2002 and all European Union member countries started using Euro.

Demonetization is a good practice when it works according to the objective but sometimes it creates a massive problem especially to the common peoples. When Myanmar’s army invalidated its majority currency to wipe out the black market it leads to economic disruption which turns into mass protests. When Zimbabwe introduced Million Dollar notes to control the black market hyperinflation occurred. Because of demonetization, the economy of Nigeria and Ghana collapsed. The Demonetization of North Korea left its people with no food and shelter rather than banishing the black market. The Soviet Union pays a greater penalty of demonetization which brought down the authority of Mikhail Gorbachev the then president of the Soviet Union and became one of the good reasons for the Soviet breakup. But another example has set by Australia that they were the first country to release polymer notes to stop long-lasting counterfeiting of currency. They only change the material of currency from paper to plastic, it did not have any side-effect on the economy.

On 5th March 1972 Bangladesh government has demonetized all Pakistan currency notes of RS. 50. at the president’s order no. 20 of 1972 titled “The Bangladesh Bank (Demonetization of Currency Notes) Order, 1972”. The demonetization was necessary because of the proclamation of Independence of Bangladesh in 1971 and a large number of currency notes has been illegally removed by Pakistan occupation forces, from the government treasuries of the former State Bank of Pakistan, and from offices and branches of banks located in Bangladesh before their surrender to the Allied Armed Forces.

Now the India issue, on November 8, 2016, India’s prime minister, Narendra Modi, declared that the two highest currencies of Indian RS. 500 and RS. 1000 won’t remain legal. The main objective behind this big move is to vanish black money. According to the Reserve Bank of India, the value of the currency was $16.42 trillion which is around 84.6% of the total currency. As a large number of money is removed in a single stroke it hit the Indian economy hard in a short term. This sudden move ground the consumption activity in India. According to Central Statistics Office, India the GDP growth in the first quarter of F2016-2017 rose 7.1% but due to the surprise demonetization, it is expected that there will be a plunged in India’s GDP growth in the next 2 or 3 quarter. As CPI (consumer price index) is the primary gauge of measuring inflation of India and their current target is to keep inflation at or below the 5% mark by March 2017. Due to demonetization the consumer spending activity has fallen, the supply and demand of food items also shrined. It is expected that it will exert more downward pressure on inflation. After the demonetization Indian banks saw a rise in deposits. The deposit crossed the RS. 5 trillion mark from November 8th to 18th 2016 (Source Reserve bank of India). Due to these factors, commercial banks have sharply reduced their deposit rates and also reduced their lending rates. Since demonetization, Indian equity markets are in a falling trend till November 22. The S&P BSE 100 index, which is comprised of 100 stocks compared to the Senex’s 30, fell 6.6% during this period. Mid and small-cap indices have been hit much harder than broader market indices (source: Exchanges).

So the big question!!! Did it work? It is clear that demonetization didn’t work entirety. As people don’t stack black money in cash, rather they stash it in undisclosed accounts in Swiss banks. So this demonetization won’t affect the big fish. To replace the old currency, it will take months to the circulation of new currency. Common peoples are the most sufferer of this activity. Long lines, hassle, inaccessibility of bank facility, essential commodities shortage, price hike, etc. are making their life painful and complex. This surprise move didn’t create problems for the locals only, it brings unexpected burden to tourists and medical assistance seeking people from other countries. We have to wait few more months for the final effect of this surprise demonetization. This step is surely a big challenge for Modi Government.

Because of the demonetization of currency, there would be a sharp fall in inflation in India. As per Purchasing Power Parity (PPP) and Interest Rate Parity (IRP) theories Indian Rupee will be stronger relative to BDT. As we heavily import from India, local importers will have to spend more to purchase their desired commodities from India. An increase in import cost will also increase production cost which will hamper the profitability of the local importers whoever import their raw materials from India. Low profitability will adversely affect the Earning per Share (EPS) & ultimately affect the shareholders’ value.

The retail price level of those products which carry inputs from India will be increased due to higher production costs. As a result, it will adversely affect our domestic consumer spending & inflation.