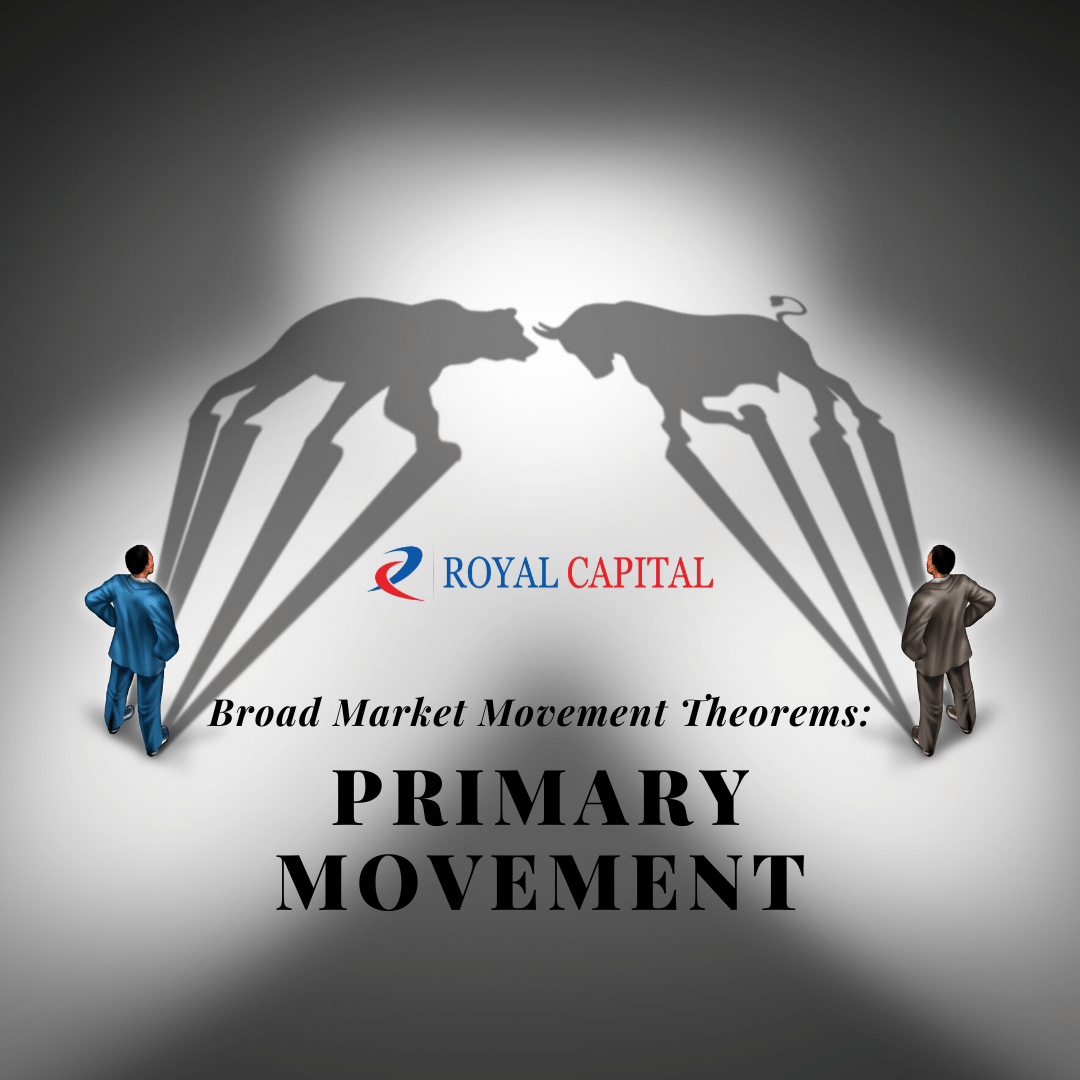 Primary movements represent the broad underlying trend of the market and can last from a few months to many years. These movements are typically referred to as bull and bear markets. Once the primary trend has been identified, it will remain in effect until proved otherwise. Many traders and investors get hung up on price and time targets. The reality of the situation is that nobody knows where and when the primary trend will end.

A primary bull market is defined as a long sustained advance marked by improving business conditions that elicit increased speculation and demand for stocks. In a primary bull market, there will be secondary movements that run counter to the major trend.

The first stage of a bull market is largely indistinguishable from the last reaction rally of a bear market. Pessimism, which is excessive at the end of the bear market, still reigns at the beginning of a bull market. It is a period when the public is out of stock, the news from corporations is bad and valuations are usually at historical lows. However, it is at this stage that the so-called “smart money” begins to accumulate stocks. This is the stage of the market when those with patience see value in owning stocks for the long haul. Stocks are cheap, but nobody seems to want them.

The second stage of a primary bull market is usually the longest and sees the largest advance in prices. It is a period marked by improving business conditions and increased valuations in stocks. Earnings begin to rise again and confidence starts to mend. This is considered the easiest stage to make money as participation is broad and the trend followers begin to participate.

The third stage of a primary bull market is marked by excessive speculation and the appearance of inflationary pressures. During the third and final stage, the public is fully involved in the market, valuations are excessive and confidence is extraordinarily high. This is the mirror image to the first stage of the bull market.

A primary bear market is defined as a long sustained decline marked by deteriorating business conditions and subsequent decrease in demand for stocks. Just like with primary bull markets, a primary bear market will have secondary movements that run counter to the major trend.

Just as accumulation is the hallmark of the first stage of a primary bull market, distribution marks the beginning of a bear market. As the “smart money” begins to realize that business conditions are not quite as good as once thought, they start to sell stocks. The public is still involved in the market at this stage and becomes willing buyers. There is little in the headlines to indicate a bear market is at hand and general business conditions remain good. However, stocks begin to lose a bit of their luster and the decline begins to take hold.

As with the primary bull market, stage two of a primary bear market provides the largest move. This is when the trend has been identified as down and business conditions begin to deteriorate. Earnings estimates are reduced, shortfalls occur, profit margins shrink and revenues fall. As business conditions worsen, the sell-off continues.

At the top of a primary bull market, hope springs eternal and excess is the order of the day. By the final stage of a bear market, all hope is lost and stocks are frowned upon. Valuations are low, but the selling continues as participants seek to sell no matter what. The news from corporations is bad, the economic outlook bleak and not a buyer is to be found. The market will continue to decline until all the bad news is fully priced into stocks. Once stocks fully reflect the worst possible outcome, the cycle begins again.

These are the three stages to both primary bull markets and primary bear markets. The stages relate as much to the psychological state of the market as to the movement of prices.